Book cover is well underway!  I don’t have an exact date yet, but we should be on schedule to release in January, 2016.  So close!

It takes a while for Gregor to be able to get up close to me, what with the sudden run on people who want beer and to tell me in varying degrees of appropriateness that they enjoyed the show.  I make the most of this time, wallowing in my shame.  I try to get to a point of personal acceptance.  I just performed a synchronized dance to a pop song in a crowded bar, in front of a badass of legendary fame.  What did I do to piss the Fates off so badly?  Why can’t we ever just have fun?  How is it that every time my sister and I are just being us, someone from work shows up?  Clem and his untimely roadside meeting, Gregor in our bar…if there wasn’t already an agreement among the others banishers that Lia and I are hacks, there will be now.  Fan-fucking-tastic.

“I didn’t realize how important dancing was for monster fighting,” he shouts in my ear when he can get close enough.  I grimace painfully, unable to muster a better welcome for him.

“Oh…yeah.  Lia and I are experimenting with it.”

He actually guffaws.  Add “guffawing” to the list of things you don’t really know how to define ‘til you see it.  Over the crowd, I see Steve waving.  He gives Lia and me a thumbs up and puts his hand on his wrist, signaling break time.

I smile weakly and weave through the patrons to the front door.  Outside, we trail away from the crowd of smokers and various drunk people, until we have some modicum of privacy without looking too suspicious.

“Have a job I’m trackin’ through the area.  Got your email.  Thought I’d stop by.”  He cracks a lopsided grin.  “Feelin’ pretty good about that decision, too.”

“Well, always glad to make a fool of myself for other people’s entertainment,” I say sarcastically.

“Well…partly.  Our target’s been known to hunt in these waters.”

“But you coulda just hung around the bar if that was your plan.”

“I guess.  The other part is we needed some cash.”

“Easier ways to earn a buck,” he observes.

“Not that presented themselves to us faster’n this one.”

He quirks an eyebrow.  “You’re not enjoying the five finger discount?”

I clear my throat a little.  “No, Gregor, no.  Lia and I are sort of doing this all above board.  I know.  This is much more glamorous.  Make sure you credit us when you make the switch.”

“Can you see me fittin’ my gut in that little get-up?”  He laughs again.  “Naw, ‘fraid prostitution ain’t my callin’.”

“Whoa, no one’s prostituting anything.”

“It’s mighty convenient, bein’ able to practice both arts at once,” he continues as if he hadn’t heard what I said, or the warning I had tried to convey with it.

“Listen, dude, tips are for serving food and putting up with the public for hours on end.  That’s the entirety of the services I offer.”

“Of course.  Sure your daddy’s right proud of you girls.”

I cluck my tongue impatiently.  Part of me wants to get in his face for talking shit like that, but Gregor’s a scary mofo.  In person, you can really see how’s he’s cultivated such a reputation.  His face is more scar than skin, and he’s freakin’ enormous.  Seriously.  If he laid off the beer, he could probably give The Rock a run for his money.  “Getting in his face” would in fact require that I get a step stool.

“Might know a thing or two,” he hedges, sizing me up.  Like I said, I don’t have a poker face.  I can lie all right, but trying to get my expressions to convey emotions I’m not feeling is a totally different skill set, and I’m missing it.  I can tell you the pen is blue when it’s black, and believe it.  Ask me to look sad when I’m happy though, and it’s game over.  If ever I was fool enough to try to play cards with a professional, they’d probably know my hand, social security number, guilty-secret celebrity crush and my bank password before I’d finished counting the chips to deal in.  That being the case, he can likely tell that my initial reaction was to clock him as easily as I can see that he hasn’t seen a dentist maybe ever.

“If you’re lookin’ for a pay out, this machine’s closed.  Tell me or not.”  I try to swallow the angry words that threaten to spill out.  Humility is a virtue, after all, and I could certainly use a few more virtues as a general rule.  “But I’d take it kindly if you had anything that could help us find the kids.”

“I know it’s seven people missin’.  I know that whatever it is, it ain’t your garden variety spirit.  And I know if you keep backin’ it into a corner, it’s gonna get messy.”

I look at the large man warily.  “What are you saying?  Do you know what it is?  How do you know about the boys?”

He snorts derisively.  “I can follow a trail colder’n a witch’s teat—even through social media.  I ain’t that old.  I couldn’t rightly say what it is, exactly.  But I do know I been doin’ this a long time, and it smells like a bigger storm than you predict.  I’m sayin’ this now outta concern, but maybe you girls should leave this one to someone who can lift a little heavier.”

That really gets to me.  Sorry folks, we’re closed.  No more fucks to give.

“Hey, how ‘bout you let us decide what exactly our fightin’ class is, huh?  This isn’t our first match, Gregor.  We’re not fuckin’ amateurs.”

“I wasn’t sayin’ you were.  You did good work with those ghuls, I hear.  I’m not tryin’ to take that from you.  Just sayin’ this isn’t a pack of ghuls, is all.”

“Do you know what it is, or not?”  I ask, gritting my teeth in a last ditch attempt to check my temper.

He clenches his jaw and purses his lips.  “No.”  He finally grinds out.

“Well then, I appreciate the warning.  We’ll be extra careful when we find these sons of bitches and send ‘em howling back to whatever weirding will claim ‘em.  Thanks for comin’ out.”

“Well then, take care now, Summer.  An’ watch out for that pretty little sister of yours.”

He hops back into the cab of his truck and splits before I can think what to say to that.  Was he trying to be civil?  Or is he threatening us?  It’s hard to tell with stoic types like him.  Either way, when I grow up, I’m gonna be big enough to beat it out of him.

Mad, I walk back in, looking for Lia.  I would like to rant for a second, and she should hear what he said in case she can glean anything else from it.  I look at her keg.  Someone else is on it.  I scan the bar area: no Lia.  My earring is vaguely warm.  I check the kitchen, the alleyway behind it, and the bathrooms.  The increasingly familiar feeling that maybe this is really it, I’ve finally lost her rises uncomfortably as I approach hysteria.

“You seen Lia?”  I ask Maggie and a few of the other girls.  Nada.  I am in full on panic mode, with five minutes left of my break.

“She went on break a few minutes ago.  Think she headed towards the front door.”

My eyes scan the darkened recesses closest to the door.  There.  I see her.  Relief washes over me for a second, until the earring starts rapidly heating up.  It feels like the breath is being kicked from me and I begin power-walking to her as if drawn by a magnet when I see who else is with her.

His hair is blonde today, and long, tied back in a messy braid.  But the body is unforgettable.  The fucking monster is chatting up my sister. 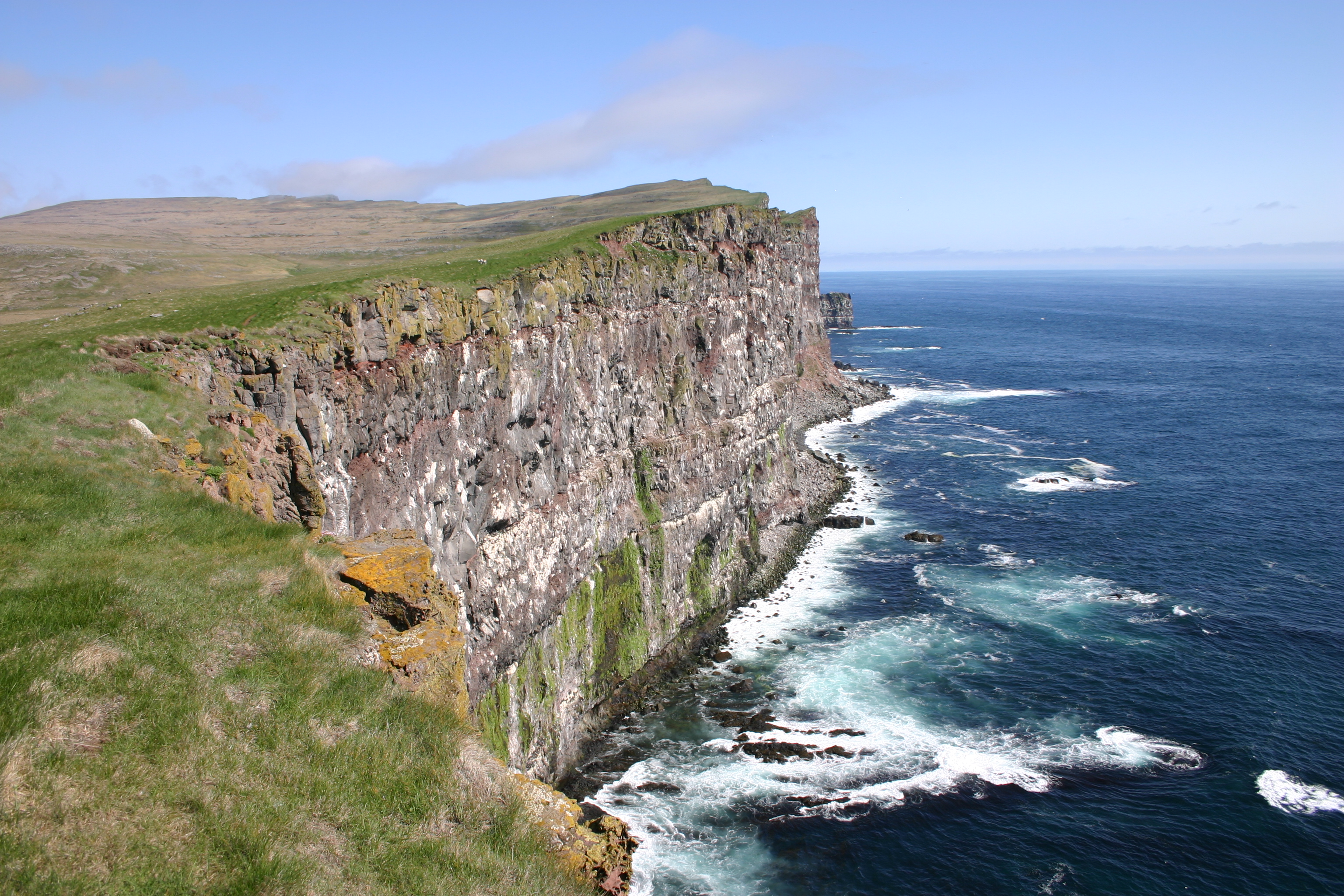 I’ll just leave you here on this cliff.  Look back for a release date, and thanks so much for reading along!