One time, my parents thought it was cute to allow me to abduct myself in New York City.

My sister could walk by herself, so I was seven, maybe eight, and we were going to New York for the day, I think to see the Rockettes Christmas Special, which was the first and likely only time I will have the pleasure of watching so many people executing so many perfect and ineffective groin shots in unison.

Uncle Bob was with us. He had a forest green winter coat, and had taken lead, as he worked in the city and knew the best ways to deal with Manhattan. (Well. Second best ways, since the first best way is to visit other boroughs instead.) My family piled onto an escalator to get us from the station to the street and I reached up for my uncle’s hand. I think I was singing a Christmas song and making faces at my reflection in the escalator.

I turned back to say something to one of my parents and saw them all smiling bemusedly at me. Next to them, my uncle made that face that grown ups make when they think a kid is being cute, but they don’t want to seem condescending. It still is, by the way.

If he was behind me…

Slowly I returned to facing forward and looked up at the forest-green-coated man whose hand I was holding. He beamed down at me and said “hallo.” He was tall, taller than my uncle, how did I mix them up? He was younger, too, and he had glasses.

It turns out, I had befriended a German, and almost allowed myself to be adopted. 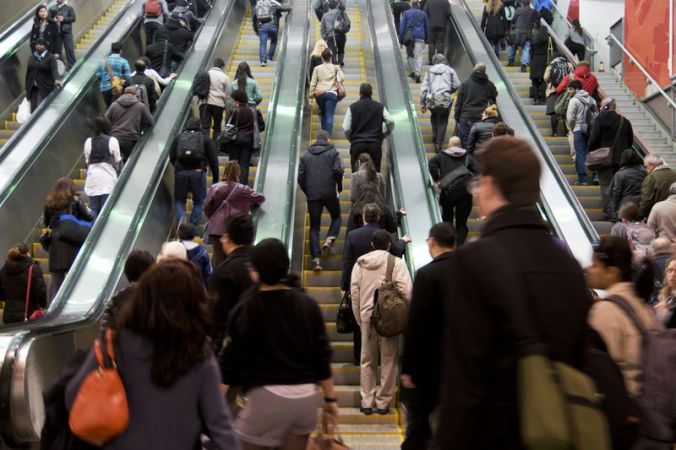 My recommendation on where to go for new friends.

I am sure my parents would have stepped in before I’d signed the papers (though knowing them, likely not without first getting a picture of me sounding out the words) but this stranger, who had probably come to site-see on a vacation that was blissfully free of all responsibility and small people grabbing him, had held my hand and kept me safe in the city of Home Alone 2 fame.

Why am I telling you this? Partially because it is a memory that makes me laugh, and I am in desperate need of some levity. Partially because I am proud to live in a place that welcomes all, and throws them together in unlikely ways, which has been on my mind a lot lately.

And partially because it’s just a longer and more valuable story than the time my parents let me get eaten by a pink turkey. Don’t worry though. I got him back.

I hope this week is good to you, and that when you reach out to someone, they keep you warm and safe, even if–especially if–you are strangers to each other.