Thank you! Thank you! Yes, we’re very proud. We thought we’d be writing another urban fantasy mystery, but you never know if your brain has other plans.

We intend, of course, to dress it as a traditional urban fantasy mystery–you know, subdued colors, bold, supernatural or gruesome images. Because heaven forbid you inject some color into a UF book, suddenly everyone’s sure it’s a paranormal romance! It’s hard for a young book these days, until it speaks for itself.

Who’s it for, you ask? Who is supposed to like mysteries about mythological creatures? Well…we’d kinda hoped everyone who thinks that sounds like a good time. But it’s not that easy, is it? There’s a whole process about who gets to read what books that has nothing to do with the book.

How do you pick your next book?

This is a whole science. There are people whose entire working careers are focused, laser-sighted, on researching this. We make a dozen decisions before we even touch the spine of a book in the store, or hover our mouses over their titles. Title, Cover, Author, we glance at them, weeding out those that we’re certain weren’t written for us.

Because “don’t judge a book by it’s cover” is not only often poor advice, it’s also our favorite to ignore. Of course we judge a book by its cover. Someone spent years of their life researching for and likely dozens or hundreds of hours working on that cover. It’s in the pageant now. Judge it.

From the author, title and cover, we pick up genre, tone, and hopefully something of the content, or the manner of its telling. We get that The Wizard of Earthsea is going to be a totally different experience than The Moon Is A Harsh Mistress, even without additional context. Then, the covers flesh out what the title started, grounding us in the world we’ll inhabit if we choose this book as pageant winner. That makes sense, right? We know what types of stories we’re in the mood for, and a good publisher will establish important elements in the conception of the book. We know that more serious books tend to be simpler–austere, maybe, or shadowy. Humorous books tend to have louder colors, or something inexplicable for us to ponder, for example. 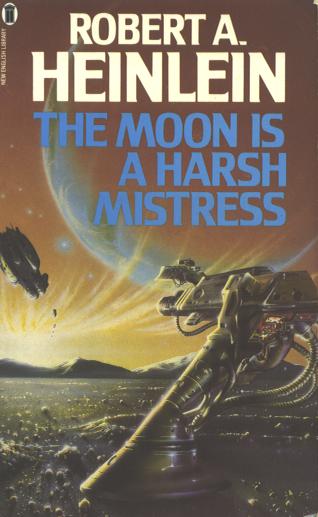 And then gender happens.

There are three ways gender inserts itself into the decision. 1. Author name 2. Coloring and content of the cover and 3. Main character’s gender.

Author name is what led Mary Ann Evans to write as George Eliot and how Joanne Rowling became JK Rowling. It is assumed by many that books written by women are going to be about specific subjects, or employ specific writing techniques. It will be flowery,  about romantic things, with too-long lists of adjectives, and…like elven princes and stuff!

No! Not at all like this! It’s totes different!

It seems people are getting over this, slowly. Not entirely, and certainly there is likely an unconscious bias that weaves its way into the process, from the agent or publisher selection process, to the advance reviews of that book, the consumer’s choices, or thoughts on the book with the author somewhere in the reader’s data banks, filed away with whatever word associations we have for authors like this one.

Once you’re past the name, there’s the cover itself.  For example, I know that men are most drawn to orange and blue books. I had to know that, because women readers are more accepting of brighter or more varied hues, and if I wanted men to read my book without assuming a pen name or changing my story, I had to be extremely careful with all of my artistic choices.

I had to make sure the blue of Feeding Frenzy registered mystical but not ethereal, because a blue too blue might have convinced some readers that this was a book for tweens and therefore…women. Who are, of course, the same market as fourteen year olds, in some bizarre association.

Gender of main character is a big one. The internet is full of fascinating reasons why people should write their own genders and women main characters aren’t relatable. I don’t really want to reiterate it here because of course that’s hogwash. Either the story is fictional, and we should be able to explore the fiction, or the story is real life, and as no human experience is completely isolated, someone will relate to it.  We can go into why it’s so hard for authors to capture compelling characters, but to think one character can’t be interesting because of any inherent traits seems suspect. You’ll either like the writer’s style, or you won’t. The character is simply a vehicle of the telling.

I bring this up because as readers and writers, we should be aware of our biases. It is an interesting experiment to review your books and note their colors, fonts, and the authors that wrote them. Check out your own shelves. I personally only have three pink books, and one is a textbook about the economic systems in Europe. How many are by women? What books do you recommend? How many have main characters who aren’t men or their love interests? It’s good to do this, not because you need to change! But because it’s a telling exercise about what it is we like, and what gaps we might have in our understandings. For example, I fully intend to go buy a blue European economics book now, to make sure I’m getting a balanced view.

How do your stacks stack up?