I have gone to the land where trolls cook their dinners in the roads we traveled. Where witches rode brooms and could be controlled through the turning of a wheel. I have trodden HEL way, and faced the malevolence that protects or haunts its city.

The fjords of Norway were breathtaking. They were wild and desolate, coated in snow so pure it hurt to look at and shrouded in mist that modestly hid its own heights. The water ran turquoise through the craggy mountains, where only birds dared travel, claiming kingdoms and fishing rights. The trolls bathed in big waterfalls, and used the fresh, cold water from the small water chutes to clean their hands and refresh their throats. Avalanches cleared enough wood for them to collect for their fires, and the “troll pots” in the road could feed an entire army of that race. 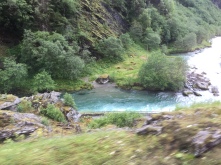 Stockholm, Sweden was steeped in the traditions of its conquering founders, and the traditions that made them powerful. Transmogrified chairs, boats that conquered the oceans by prayer alone. Quaint recipes for how to prepare your broom for taking to the night sky with your sisters. 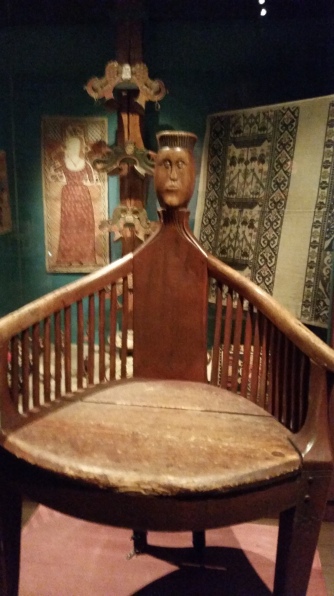 Maybe pick another place to sit

Don’t try this at home

And Helsinki, Finland was a world of its own. A deep uneasiness filled us as we walked through the almost deserted town, the evening advanced but the sun that never set still lighting our way. Something knew we were there. Something jealous and awful, that breathed with the lap of the waves on its shore, and drank of the champagne that flowed in its streets–and perhaps it drank of other, more vital fluids, too. We found the people it sheltered, tucked in grottos and lush parks, with strength from their protector drawn through their bones, and smiles on their faces, knowing, as they must, that while most of the old ones sleep, theirs is watchful yet.

There they spin their stories into song and soothe the jealous wrath of their home with sweet music, strong as mountains and merry as bird flight.

Truly the stories still live, and grow. The world changes, but it does not forget what it was when it was still a wild thing, before it tasted of sweet wine, and yielded some of its domain to man. It remembers and calls to the other wild things, waiting. Waiting.