People don’t like “nice” things. There are a jillion books, movies, songs and even a couple religions about this concept, and it seems like it’s a pretty human constant that we’re only happy when we know we may not stay happy. 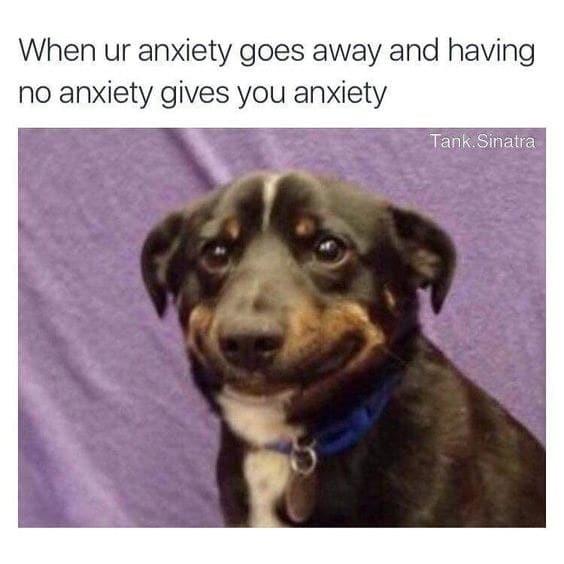 We are the reasons we can’t have nice things.

What can I say! We’re all about that struggle life. We all want the good guy to succeed, but only just barely and maybe not fully, and if that good guy could make life very hard for themself in the process, that would be excellent. Boy finds girl, girl loves boy, boy and girl get married and everyone is happy for them may be a sweet life, but it’s a terrible story.

Nobody wants drama, but the second there is any, everyone’s suddenly very interested.

In stories, the way we create tension is through obstacles to the character’s goal. Guy likes girl, but girl is seeing someone. Guy and girl like each other but family doesn’t approve. Guy likes girl, they get married, and he gets killed. It can be a million different things from the relatively benign (in Pride and Prejudice, the tension is wanting to avoid a loveless marriage while not pissing off the people who can convince your sister’s boyfriend to leave) to exceedingly grim (looking at you, Ned Stark).

Dramatic tension is generally considered to come in four varieties: Relationships, tasks, surprise and mystery. I mostly touched on relationship tension so far in this post–the difficulty in aligning two or more people to a common goal. Tasks are the goal–think heist stories. Surprise can ramp tension by adding something unexpected that changes the landscape. And mystery means there are questions that we as readers want answered, be it a murder or something smaller, like how Sirius Black got into the castle.

Whatever kind of tension it is, it should make the reader wake up. We want to feel our brains kick into high gear, our heart pump a little faster at the prospect that the timer is about to run out, that the twist will knock down all of the careful plans made so far. We want to answer our questions and to see the fall out of any relationship troubles.

But obstacles aren’t enough. That’s the tension in the story. The writing of the story is another place to add tension.

In Dark Matter, Blake Crouch relies on sentence and paragraph structure to help build tension as the story progresses.

Short sentences.
New paragraphs.
Minimal descriptions, and those there are tend to be emotive rather than fact-based.
Sometimes just fragments.

And then a more classical paragraph structure, which is the literary equivalent of dropping the beat in a song.

This is successful because incomplete thoughts and minimalist structures lend a sense of immediacy. Where Dickens might implore “Oh, my dearest one, my most beloved, could you, no dare you, continue on in this manner though it were to break my heart and your very limbs?” Crouch just yells “STOP!” It hits us right in the amygdala, the sense that maybe we’re being watched. Maybe there’s no time to think more about this, we’re about to be discovered. And it keeps the eye racing down the page which again adds to the sense of immediacy that builds suspense.

In The Fifth Season, NK Jemisin is hugely fond of the foreshadowing method of suspense. From the blurb, before we even open the book, we know “this is the way the world ends. For the last time.” We know, before we even begin, that the world is about to end, that is has ended before, and that somehow this is different. We then spend the whole book wondering not what will happen, but how, and waiting will drive you batty. This is a classic element in mysteries, and it is wonderful for keeping the mind occupied with the central question. When you get the answer and one of the variables, it feels like we as readers should be able to work backwards to solve for x. But of course most authors tend to keep one bit of information to themselves, so while you’re doggedly trying to find the square root of three women alive before the world ends, the author carefully builds a new, larger equation that includes that square root, but needs trig, not geometry.

Meanwhile, Jim Butcher loves to have his character Harry Dresden create the entirety of the tension by not affording Harry any breaks. Often there are two or three things out gunning for the wizard at once, and the second he thinks one problem is resolved, we find that instead it’s just morphed into a much bigger problem. Cliffhangers, especially at the ends of chapters are an important tool for this style of writing. It’s the rocket launch of ramp ups–you keep heading up and just when gravity would dictate you finish the parabola, instead you ignite the booster and get another lift in the story. There is a sense of anticipation here as well, the constant wondering how he’ll get out of this, if he’ll ever have a second just to be happy, but it is less reliant on pure foreshadowing, and more like the joy and terror of watching a Rube Goldberg machine at work. Will everything connect? Will there be a flaw that disrupts something? Will a seemingly simple task be completed in the most roundabout way possible? All we can do is watch.

Structure, disparate amounts of reader vs. character knowledge, and action all go a long way to keeping the tension necessary for a story worth repeating. I often find that authors ignore one or the other–they’ll build action for 300 pages, but ignore all sense of anticipation, never giving us a second to ponder their meticulous mysteries. Or the opposite, we’ll be flooded with information and all sense of urgency will be removed. Or, no action will overlap or be at odds with other story elements, which leads to what is referred to as “and then” style stories, which ends up feeling more like the world’s coolest shopping list rather than a drama.

Can you think of other ways authors build tension or suspense? What are your favorite structures?