When we were kids, my parents made us try a bite of every food someone served us. Being relatively picky eaters, they quickly realized that we’d need an appropriate way to say that we’d rather die than eat one more bite of this hell-sludge. They settled–fairly hastily, I think–on “it’s not my favorite” as the way we could communicate our utter revulsion. To this day, we still use it as a joke, a sort of Hurd-family take on the British-style under-statement.

As a grown person with a much broader palate, I still think we could all use some code words for communicating our unhappiness in a way that does not come across as an insult. Especially in today’s world of social media hot takes, when things can escalate really fucking quickly, de-escalation skills can save so many headaches. So here are five ways to dislike something without starting World War 3.

Embrace your inner princess and just let it go.

Does it involve you? Is it something you’re very knowledgeable about? Did they ask for opinions? If the answer is “no” to any of these, maybe it just doesn’t apply to you and you can move along. Save the fights for some other day. Wait to voice opinion until the flash of ire passes and you’ve examined what it is that upset you so much–often the things that make me want to chime in with negative feedback is stuff that sparks an emotion from previous, entirely unrelated events that cannot be resolved in the context of this particular conversation. People don’t need to know you don’t like their haircut, found their vacation destination boring, or think the food picture they’re proud of looks disgusting. And if your preferences are because you were bullied as a kid for a similar haircut, broke up with your ex before that vacation, or got food poisoning from a related food, your dislike can both be entirely justified and completely unhelpful to either of you right now. Letting things go without comment is a solid way to dislike something without having to commit emotional resources to the object of your aversion.

I’m not sure that’s for me.

Ah, understatement! Works for children making puke noises into their hands at the dinner table, works even better for grown ups who know not to make sound effects! This is a bit of a shut down, but it does make it clear that this is an opinion you hold, not a value judgment. “It sucks” or “I really don’t know why people like this” are the most extreme versions of the value judgment as these both suggest that the speaker believes anyone with a different opinion is an idiot or a serial killer. So in my personal opinion, the understatement is a great way to stop conversation from droning on about something you dislike without calling your conversation partner the murderer of good taste.

Can you tell me more about what speaks to you?

It’s a bit judgy, maybe, but the question can be a way of growing intimacy and even possibly starting an open, earnest debate. I don’t like horror movies, but hearing people who do talk about the different kinds of scares, the tropes involved, how directors and writers use certain effects to control expectations and tension is still fascinating. I can learn so much without having to torture myself by watching these damn things. Sometimes, if the thing in question is something I find a bit questionable, it opens the door for candid, focused critique in the form of a light debate that can challenge views–including your own. I don’t recommend doing this with a motive, though, as that just increases the chance of it turning into an argument. Even if the conversation peters out after one question, you may still learn something about the speaker which can either be used to become better acquainted with them, or suggest it’s time to move on.

I also find this is great because a lot of the time the reaction I have isn’t to something intended. Asking a question gives the other person a chance to expand on their viewpoint, which often (for me at least) downgrades my desire to comment. “Bananas belong in all baked goods” is something I’d have feelings about, but if the speaker said “I’ve found it to be a good substitute for some of the sugar so that my diabetic kid can enjoy treats, too” I’d be less inclined to clutch my pearls.

I also don’t like cilantro, but people telling me all about their new favorite restaurant or recipe tells me something about ideas for future meals together, cooking style, and general tastes. Information about a person can be great for things like gifts, introducing friends with similar preferences at parties, and other ways to show you’ve considered a person you care about. For less altruistic purposes, if the person says they like to do something you can’t stand, this response still sounds kind, and you can scamper off easy peasy, halo intact.

I’m so glad you enjoyed that.

People sharing things with you is often nice. Assuming it was a conversation you are participating in willingly, appreciating someone enough to care about what they care about, even if you dislike it, is a great way to express a desire to support your friends without actually having to address the thing you dislike. After a certain point, for example, people get tired of me yelling about koalas, and I just have to let them be wrong. But I appreciate that they wanted to share something with me, even if they are wrong. “I’m so glad you liked going to visit the koalas. It sounds like you had a magical trip.” I just leave off the bit where I’m saying “Hope you didn’t get chlamydia from the filthy, drugged up beasts” in my head. 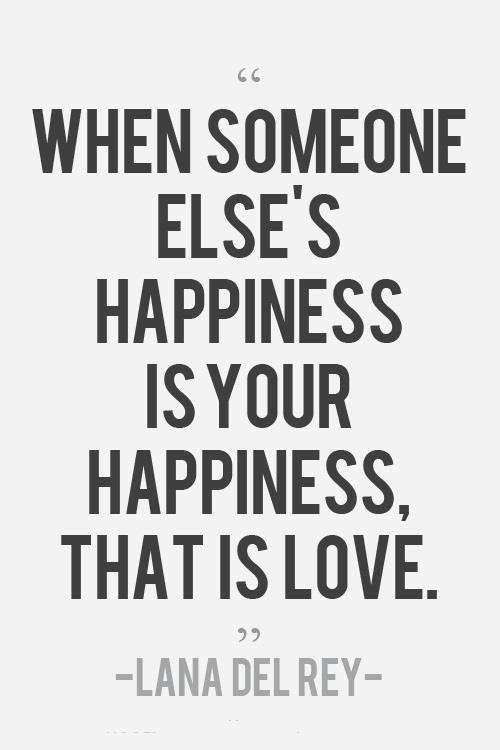 Of course, sometimes the thing you dislike is a real issue–something that causes offense or hurts people. My suggestions are not targeted at that scenario. But if I saw more people handle matters of preference a little more kindly (or quietly), I’d turn off notifications and get more writing done!

Well, it could happen, anyways. You don’t know.