It’s the day of the PRIDE Parade in Philadelphia, so what better time for me to wish all celebrants an amazing Pride Day and month! 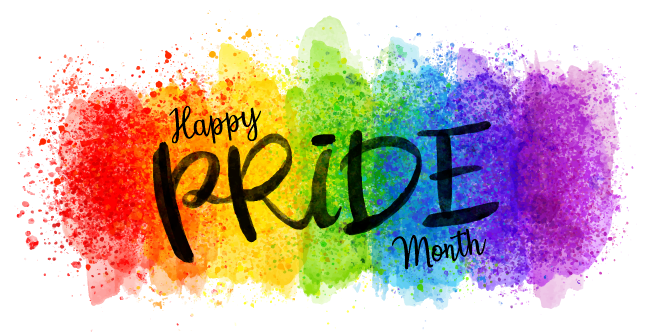 It’s also the 50 year anniversary of the Stonewall Riots, the “genesis” of Pride celebrations via the commencement of the movement for LGBTQ rights, when a police raid against an unlicensed bar in New York which harbored “criminals” such as drag queens, trans people and the gender nonconforming, bubbled over and violence was handed back to those offering it.

If you read my books, or indeed most fantasy novels, you’ll be familiar with how central “standing up for what is right” is synonymous with our heroes. And yet in real life, the people we tend to lionize are those who are willing to sacrifice some or all of their safety to protect endearing figures–children, the elderly, straight or straight passing women and so on. We adore firefighters and people who jump onto train tracks to cover people having seizures or who confront would-be kidnappers.

These people are absolutely worthy of admiration. But we tend to overlook the other kind of hero–the person who is both victim and liberator. It seems we only care about them when they’re dead, and when their death occurs after such time that the struggle they sought to overcome is lumped in with the “us” side of culture. Dr. Martin Luther King Jr. was incredibly unpopular with the white majority until he was assassinated and his cause made “legitimate” by the passing of the Civil Rights Act of 1964. Our founding fathers were seen as privileged rabble-rousers until they’d defeated the English and eventually got around to crafting our Constitution. But Marsha P. Johnson is a name not mentioned in most schools, despite decades of activism and being credited with the person who “had the first shot” in the movement for gay rights.

We see it with Black Lives Matter, with the deaths of trans women, with legacies  of people such as Harvey Milk, who again became a hero to the general public only after winning majority favor as a politician and then dying for it. Why is it that we are so willing to build pedestals for heroes like Harvey Milk or Sandra Bland only after we’ve spit at their feet and lit their pyres?

In the coming years, we have significant, existential threats we will need to address quickly and universally. Famine doesn’t care if you’re gay or straight or Asian or white. The only part of war concerned with your gender is the recruiter. So please, recognize our heroes, the ones who know how to mobilize fear and love into action, who know their cause is righteous though they’ll receive no accolades. Follow those who have found a parade where there never was a path and who can turn oppression into a celebration of freedom. These are the heroes we need to guide us, and to follow them, we need them alive. They’re the most like the legends in our storybooks, and if we are anything, we are the stories we tell.

With this theme in mind, may I recommend you watch “Good Omens” on Amazon?

So love loudly. Remember riots have their purpose, and that our leaders already exist. The only pride this “straight” feels is for having such strong, passionate people to use as a model among her queer friends and idols!