I learn a lot from seeing the thoughts of others.

A lot of the time, it’s bitter medicine.

It feels like we spend all this time being told we’re wonderful the way we are, that we can be anything, but somewhere around our mid-twenties, if you still believe that, you’ve stopped growing, and will be stuck as a frustrated teenager forever.

After that, you get a few gleeful tidbits and a whole lot of carefully worded admissions that nothing is fair, truth is mutable, you actually hurt a lot of people on accident because you think you’re done growing, and the only way to make things better is to take on a lot of things that suck.

That’s what my latest reading choices have highlighted. As part of my resolution, I’m trying to read twenty books by twenty authors I have somehow missed until now. I’m really lucking out so far with my first two reads. Digital Divide by K.B. Spangler and Margaret Atwood’s The Handmaid’s Tale are both tales about how far we can go in relative quickness. While Digital Divide is definitely the more positive of the two, it is filled with subtle bias and discrimination, a chilling tale of struggling against self, society, and moral codes wrapped in a brightly packaged series of jokes and cultural references.

Meanwhile, The Handmaid’s Tale dispenses with the jokes and focuses on the inner beauty and horror of someone trapped in their own mind by a society who refuses to see past function.

I would recommend both, and that we all take a good look at ourselves to ensure we end up with lesbian cyborgs fighting for justice rather than silent Handmaids, dreaming of burning us in our sleep. 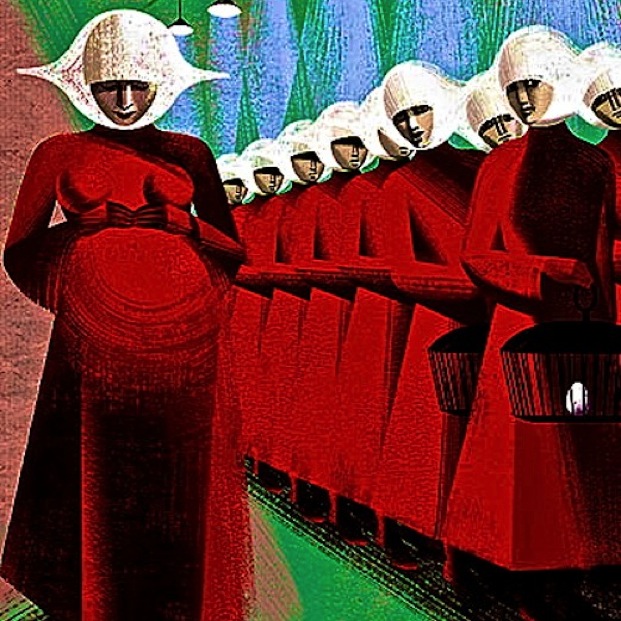