Living in the future is pretty amazing. We’re a little low on the hoverboard score, but I can talk to someone face to face 7,000 miles away with a click of a button! Robots clean our houses, and apparently take care of other needs, but really, Twitter, I need you to calm down about that. This isn’t that exciting, women have had that sort of help since the dawn of time. You’re late.

But things are also a little confusing. I’m not sure why teen fashion magazines, rogue government employees and satirical aromatic vegetables are the leaders in our dystopic revolution. I don’t know why we keep having to remind people that all people are people and deserve the same things as other people, like respect, and access to various robots. I feel like that should be universal by now.

Seeing what we thought the future would be like compared to what it really is has got me thinking. Here are some depictions of the future that just seem dead wrong.

I love Firefly, and I don’t care what the haters say, it’s still great TV. But also, who got to the point in human civilization when abandoning Earth became imperative and then thought “You know what? Let’s bring back bonnets and full skirts. That seems like the best thing for space travel and farming hostile landscapes.”

It ain’t happening, bub. I get it, sewing is hard, and in a present full of robots to take care of menial tasks like hems, we don’t have much practice. But still. Unless everyone’s in togas, I can’t see girls giving up jeans. What are we wearing in the future? Jeans. You hear that Marty McFly? Not Air Pump sleeves. Jeans. Also, we already have robots for pants. What happened to them? For the love of Jeans, don’t ditch the sewing machine! Or the Roomba! We earned those! And I follow, bonnets are good for shade and keeping your hair kinda clean. So get sun hats. Or hoodies. Or some sort of space garment.

Radio. Radio? Radio wasn’t even a thing when Fifth Element was. I can buy it if society collapses, because radio waves are rudimentary. But radio shows and winning cruises? What? Napster was already happening. Read the writing on the wall, radio heads. ‘Cause the radio doesn’t make it into a future where New York exists in eternal night. Podcasts? Maybe. Reaction videos on YouTube? Sure. Reality TV even maybe, but I think even that is of limited longevity. Definitely not shock jock radio personalities with sound effects and song clips.

Do Androids Dream of Electric Sheep

And a little of Blade Runner, too. Let me say it straight up. No one is going to maintain a pet sheep, or waste money on a fake pet sheep, in a world with flying cars and false people. You can bet your ass that if lives became that hard to maintain, someone would set up some sort of endangered animal adoption, like the otters or penguins in a zoo, and towns would have roving herds of deer kept by a team of biologists. Because animals are expensive and actually not very good companions if they’re not bred for domesticity. And also, neon better not be the best light source. LED is already killing it. If the world is all neon in the future, I’m buying a baseball bat. Don’t even get me started on synth music. 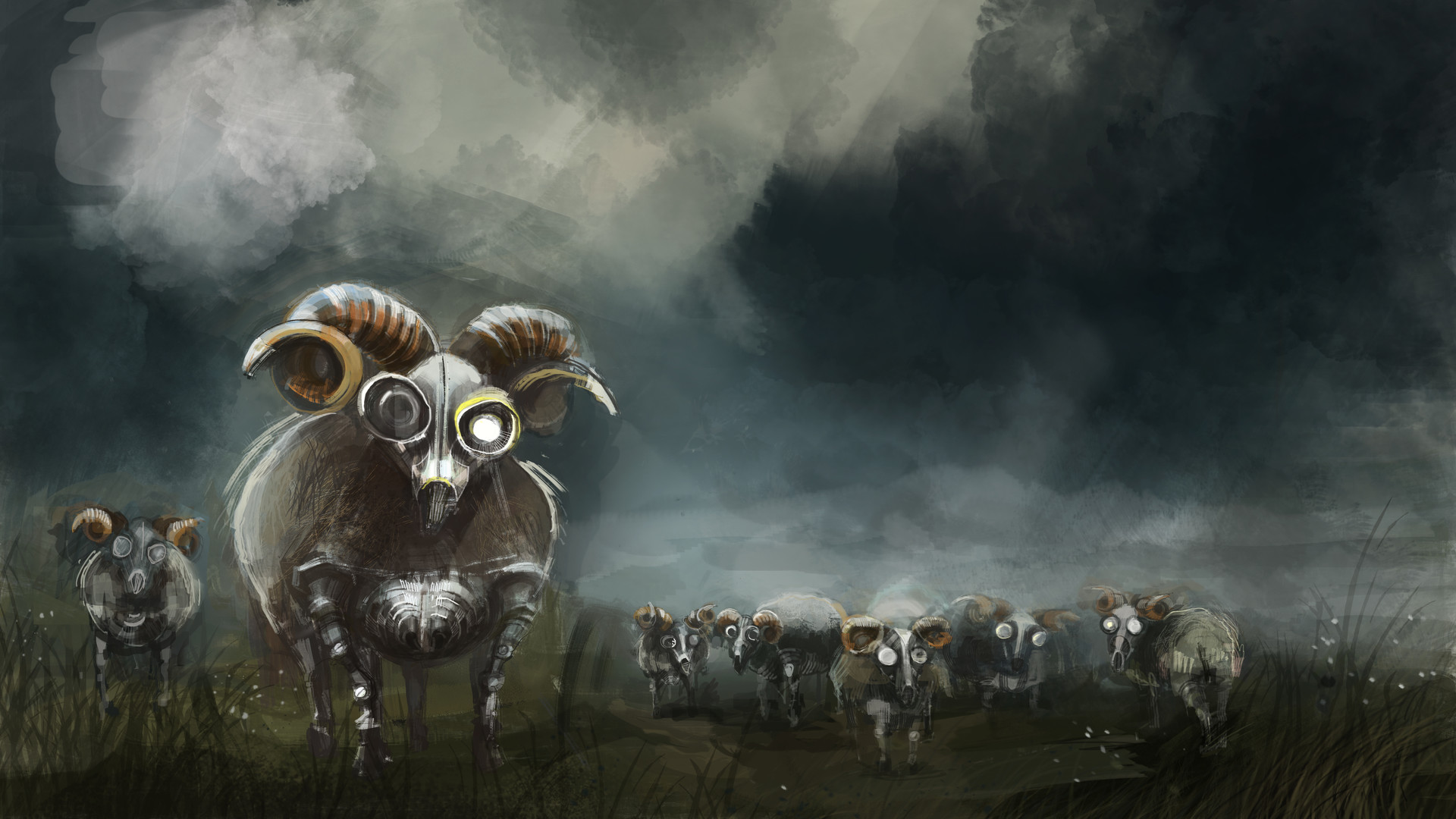 I guess that even as weird and wrong our present-future is in so many respects, at least we’re skipping some parts of the predictions that would have made me seriously consider the viability of our species. Sure, we’re ignoring the environment, re-hashing old struggles and people are now “partying like it’s 1999” for theme parties, but bonnets aren’t mainstream again. Yay us?

What other portrayals of the future seem completely inconsistent with reality?