Studies upon studies have been done about who are villains are, who are heroes are, and what in the world happened to make the shift from one set to another.

I’ve been thinking about that, and about the creation of stories we see in the mainstream.

There’s been two trends I’ve seen a lot of recently: the same stories repackaged, and the flawed hero taking a stand against an institution. 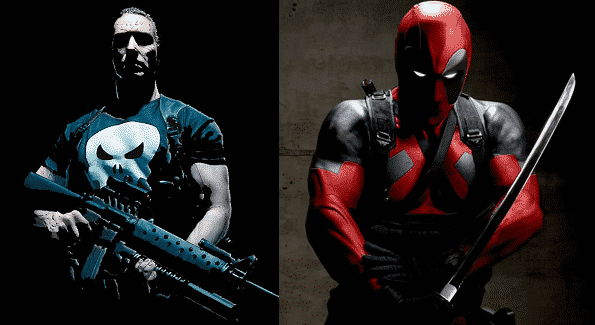 The heroes I think show where we want to be, what our artists–who are often the canaries in the mine for the ails before us–think we need now. And the fact that we keep seeing movies telling the same stories-often, quite literally–suggests to me that the rest of the nation is nervous.

In 2019 we’ve had: sequels, biopics of the greats from the 1960s through 1980s, reboots, live action retellings of previously beloved cartoons…and Marvel.

Really, there aren’t a lot of gambles out there. There’s a lot of nostalgia, a lot of marginal returns and pressing the “profit button” without any of the risks of new franchises like were more common in the 90s and early 2000s. It feels a bit like our mainstream media is stagnating.

Our artists on the other hand are not. Music is going in new and unexpected directions. Hip-hoperas and plays about controversial topics, new museums, new books, are sprouting up everywhere! It’s lovely! But it’s being stymied.

In my mind, this represents a very real and pervasive interaction between the people and the power. Executives are scared. They see the blood in the water, but aren’t sure where it’s coming from yet. Is it recession? Is it increased sanctions and taxes? Is it popular uprising? We don’t know, but the safe, easy projects taking front stage even as artists are more talented and numerous than they’ve ever been before is, I think, noteworthy.

And what about the stories that do make it through?

In literature, which I think tends to lead cinema in many ways, we’ve followed a similar theme, but the last decade, we’ve been really interested in the anti-hero, the shades of grey, and sticking up for what is moral over what is legal.

We’re seeing that in movies, too. Marvel, Star Wars, pop icons…all of them say our flaws don’t excuse us from changing the world, and what is good, and what is easy are not the same. So many of our heroes are at the intersection of status quo and revolution, and choosing to stand with the people who have more to lose. Think Tony Stark and Cap, The Rebellion, Freddie Mercury, The Beatles. In books, think Poppy War. Think A Memory Called Empire and The Traitor Baru Cormorant. These books all feature someone who could be part of the elites who keep folks down, but who seek, through whatever means necessary, to shelter those who are voiceless.

My books feature this as well; it’s a story that I think many of us hope to take to heart, or at least will give heart to others. When society stops believing in our future, it is time to invest in ourselves. We can make things right. We can change the path. We just need heroes, whether that’s the person who shelters the body of another person, or who invites others into their state of grace.

I hope you create. Make art, share it widely, embolden the silenced, and whenever possible, choose kindness. Take a risk on someone–be bold!